Budapest is a unique capital in the world where nearly hundred thermal springs and twelve spas can be found, and where Roman ruins, Turkish baths still in use, the heritage of the Gothic and Baroque styles and amazingly rich, with two World Heritage Sites attracting visitors.

The Castle is located on the Castle Hill on the Buda side. The foundations go back to the 13th century but the royal palace itself is only a couple of hundred years old.

The World Heritage Site has many places of interest, museums, streets and squares with a special atmosphere, restaurants and shops. The 700-year-old Matthias Church is the jewel of the Hungarian capital. Find marvellous view from the Fishermen’s Bastion and in front of the National Gallery, where you can see the most beautiful sections of the Danube. 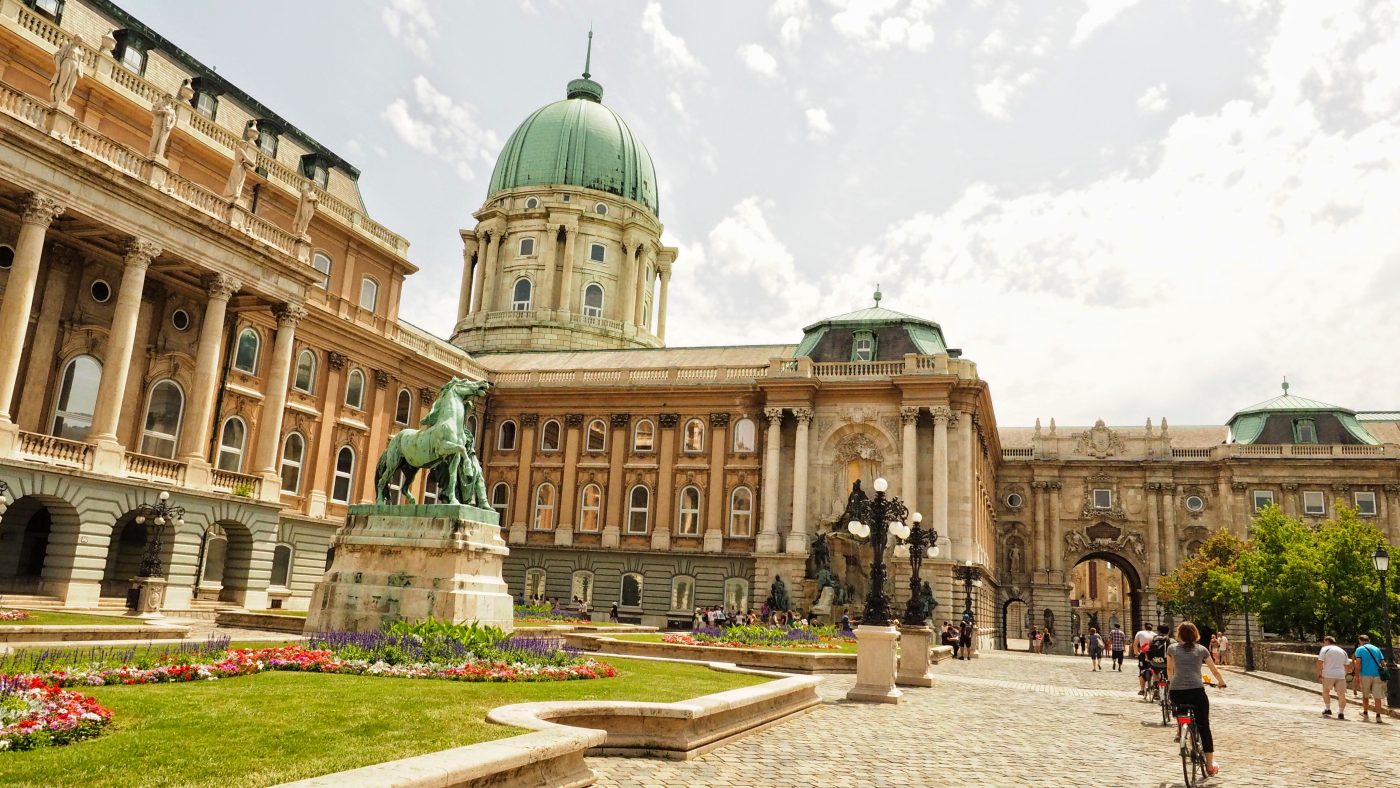 The first bridge of Budapest, with a chain of decorative lights at night and the Buda Castle in the background, is a fascinating masterpiece of Budapest.

The bridge was built upon the request of Count István Széchenyi between 1839 and 1849. On the Buda side one can walk to the top of the tunnel, where an excellent panorama over the Danube can be enjoyed. 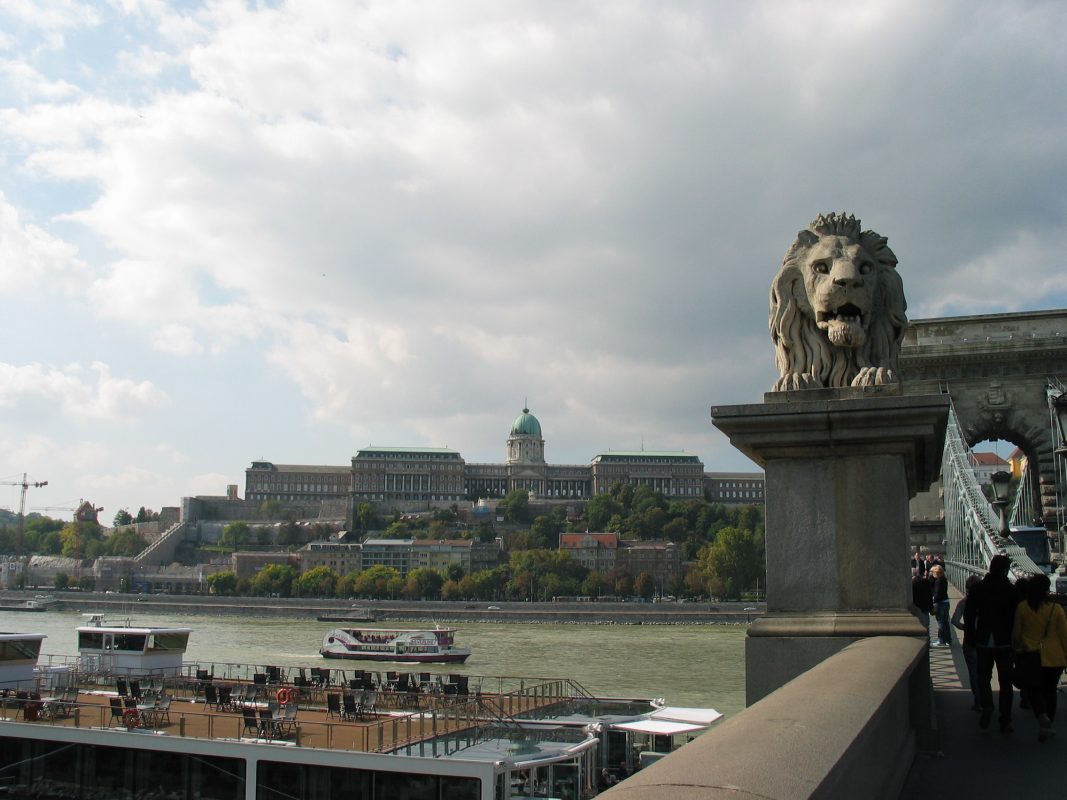 The largest building in the country, is situated on the bank of the Danube, its entrance is faces Kossuth Square.

The Neo-Gothic building complex was built between 1884 and 1904. The Parliament has 691 rooms, it is 268 m long and the height of its dome is 96 m. You can find here the Hungarian coronation symbols: St. Stephen’s crown, the sceptre, the orb and the Renaissance sword. The Parliament can be visited daily with guided tours. More info about visiting the Parliament. 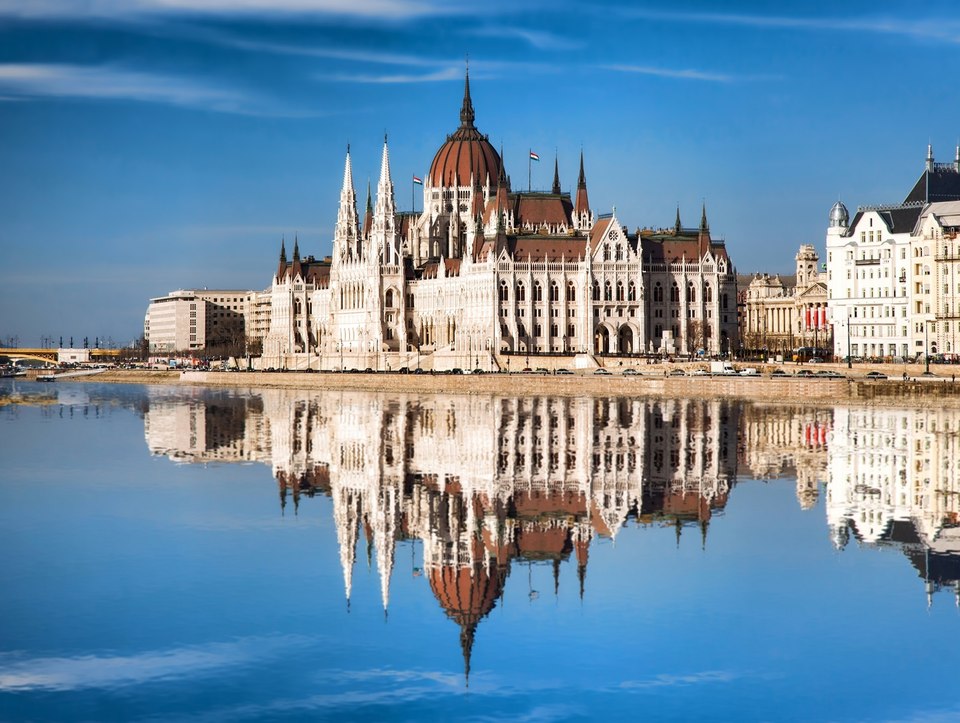 Budapest’s most spectacular square can be found in front of the City Park. The architectural pieces surrounding Heroes’ Square on the right we can find the Hall of Art, and on the left there is the Museum of Fine Arts – both buildings are compelling.

The City Park starts from here where you will find other famous places of interest, such as the Zoo, the Circus of Budapest, the Amusement Park, the world-famous Széchenyi Baths and Vajdahunyad Castle.

The bacilica is the largest and main church of Budapest.
This church is named after the first christian King of Hungary, István (crowned in the year 1000). St. Stephen’s is a basilica minor, built 1851-1905 in neo-classicistic style.

The basilica houses Hungary’s most sacred relic: the Holy Right, which is the mummified right hand of St. Stephen. The Basilica is offers a wonderful, 360° view of the city from the terrace of the dome. 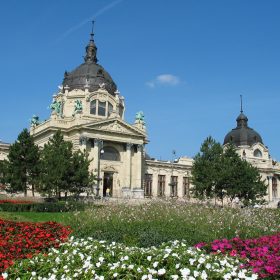 OVERVIEW OF THE HISTORY OF BUDAPEST

People lived already in the area of Budapest more than 4000 years ago. At the beginning of our era the Romans occupied this territory and established the capital of Lower Pannonia Province. At the West bank of the Danube a military base was established and a civilian part of the town came into being. The remains of buildings of the 1st-4th centuries can even now be seen in the area of the capital. At the beginning of the 5th century nomadic people, the Huns subdued the town. According to the saga the town was named Buda after the elder brother of Attila. After the Hun`s empire fell to pieces the Avars settled here. The Magyar tribes arrived here under the leadership of Árpád in 896. This settlement gradually developed during the centuries. The Mongol invasion of Hungary in 1241 gravely damaged the country. The town had its golden age under the rules of Zsigmond (1387-1437) and of Mátyás (Matthias) (1458-1490). After the death of King Matthias political and economical decay followed. In 1526 the Hungarian army was defeated by the Turkish army near Mohács. The country fell asunder into three parts: the Turkish, the Habsburg and the Szapolyai-reigned territories. In 1541 the Turks occupied Buda and from this the Turkish occupation lasting 150 years began. In 1668 with the aid of the Habsburgian troops it succeeded to reconquer Buda from the Turks. During the siege the three towns, Pest on the left bank of the Danube, Buda on the right one and Óbuda, north of Buda, suffered serious damages. Most of the inhabitants fled or perished. After the battle the Habsburg dynasty settled German inhabitants here. Considerable building activity followed at this time, a major part of Baroque buildings and churches of the city were built up at that time. In the 19th century Pest-Buda became the centre of economic and political life of Hungary. Offices of government and national institutions were concentrated here. The three towns developed rapidly. In 1873 Pest, Buda and Óbuda were united, they got the name Budapest. A water-conduit and a sewage network was built, the horse-tram and later the electric tram were installed and in 1896 the first subway of the Continent was inaugurated. The two World Wars caused very grave damages: a greatest part of the monuments was damaged or perished. The capital was liberated from fascism on 13 February 1945. During the period of reconstruction a considerable part of housing estates and of factories were established as one can see today. In 1970 the first line of the new subway (called the “Metro”) began its services. One fifth of the country’s inhabitants live in the capital, and the city gradually develops and gets more beautiful.

The Downtown of Budapest:

Downtown and old Pest were founded on the merchant settlement that originated from the beginning of the 11th century. The summit of its mediaeval development came under the reign of King Matthias in the 15th century. The town was surrounded by a town wall at that time which one could pass through across three gates(gates of Vác, of Kecskemét and of Hatvan). During the Turkish occupation (1541-1686) the town nearly totally perished but after the reconquest of Buda Pest also began to develop rapidly. Different settlements were established at that time outside the walls (Teréz-, József-, Ferenc- and Lipótváros) and in consequence the town wall was demolished and people began to use the name Downtown (Belváros). In 1838 a tremendous flood brought grave damages to Pest. In 1873, by uniting Pest, Buda and Óbuda, Budapest was born. A great program of town-planning was initiated after this time which determined the later character of the Downtown area. At this time the Liberty and Elisabeth Bridges as well as the Andrássy street was completed, feeding into the Downtown area and making Váci street the most elegant shopping district. Places of entertainment were then established and the Danube Promenade was constructed.

The history of the Margaret Island dates back to the Roman age, it was a part of the Province Pannonia. At the time of our first kings of the Árpád dynasty it was already mentioned as the Island of Rabbits. It got its present name after Margaret of the Árpád dynasty in the 14th century. The area of the island is of 96,5 hectares, it is 2,5 kilometers long. In the 12th century it was inhabited by monks. In the Turkish times, a great part of their buildings perished. In 1908 it was declared a public garden. One can find here also the earliest remains of a Hungarian decorative garden, the cloister garden of the Dominicans, which had water-conduit already in 1251. An important arrangement of the Island’s gardening began in 1911. It has such botanic rarities as the iron-wood, the Indian bean (Catalpa), the tulip-tree (Liliodendra) and plane (Platanus) 140-150 years of age. Walking streets of 6 km in length were built in the 1920`s on the island. There was a horse-railway and in 1925 the first bus line was introduced. The island can be approached by its two ends, from Árpád Bridge from the North and from Margaret Bridge from the South. One can also get to the island by boats. The island is a very popular rest- and walking place of the capital’s inhabitants because traffic is limited and the air is good. There are a lot of sports establishments and areas to be used for exercise and sports.

After the Mongol invasion King Béla IV decided to build a castle in Buda to resist barbaric offensives. In the environs of the castle, which granted defense, a significant settlement was formed. The castle served as a temporary comfortable lodging of Hungarian kings for centuries. The golden age of the castle was under the rule of King Matthias. It reached its final extension at that time and became the economic, political and cultural centre of the country. The castle came under Turkish reign in 1541. From this time comes the still-intact Turkish memorial, the Chapel of Gül baba and some baths. These are still fed today by the medicinal springs around the Gellért Hill named after bishop Gellért. The former Renaissance castle of European reknown perished during the 1686 reconquest of Buda in the course of a siege of several months. In 1873, when uniting the three towns (Pest, Buda and Óbuda) the new capital was established, the Castle District and its environs came again into a period of rapid development. The Fishermen’s Bastion was built at that time, Matthias Church was reconstructed. Then it was decided to plant Gellért Hill with trees and to equip it with promenade paths. The Second World War caused very grave devastations. Taking medieval cultural values into consideration, the character of our days has been embodied in the castle and its environs.

This is the largest park of Budapest. The first documents about its area stem from the time of the Mongol invasion. According to these, Batu Khan trapped the Hungarians in this the still marshy area. After 1298 this area was the spot of the Parliament several times and it can be supposed that King Matthias used it as a hunting-garden. The quarters of György Dózsa, the leader of the peasant upheaval were here in 1514. In 1799 József Batthyány laid out a lake and two islands on the marshy area. Today the Széchenyi Baths are on islands today and there is the Vajdahunyad Castle is on the other. In the history of the City Park an outstanding event was the Millennial Exhibition organized at the 1000th anniversary of the establishment of the Hungarian state.